Hint: It falls on October 4 each and every year. The year 2016 is special, as are the many ways you can celebrate what has become universally appealing fare.

Some people know about National Taco Day, which is October 4 every year. And everyone knows about Taco Tuesday. Well, the stars are aligned in 2016 when National Taco Day falls on a Tuesday. Resistance is futile.

So as you indulge, it might make sense to understand why tacos have taken on both a day of the year and a day of the week. The reasons are:

Mexican, and yet global: While the specific origins of the taco are uncertain, what’s not disputed is they came from Mexico. Prior to 1962 (the year Taco Bell was founded), tacos at best were street food sold by street vendors, served traditional selections involving pork steaks or chorizo, sometimes with guacamole, salsa, onions and cilantro. But in a modern world, tacos can be made with ingredients more associated with Korean barbecues, with Eastern European spices, or just the American style with ground beef, lettuce and tomatoes.

As healthy as you want them to be: A hearty taco doesn’t have to be a gut buster. Leaner meats – chicken, fish or shrimp, shredded pork – with whole black beans, vegetables and spices actually make for a balanced, healthy meal. But an indulgent taco with refried beans on top of ground meat, with a thick Oaxaca style or cheddar cheese might be a bit on the fatty side.

Great for entertaining: Taco catering has really taken off in recent years because party hosts and event planners have discovered several characteristics of a taco-themed menu make for an easier, more enjoyable event for attendees. First, the aforementioned flexibility of ingredients enables hosts to serve vegetarians, pescaterians and carnivores alike without missing a beat. Use of mobile taco catering carts open up venue options, given how a separate kitchen isn’t required. And because it’s food designed to be eaten by hand, tables aren’t necessarily required and guests get more time to mix and mingle.

Tacos are happy food: Yes, it’s true. As children, taco day in the cafeteria was often a Friday or day before a holiday break. As adults, no one takes tacos as serious food, even if the nutrition and heartiness of the meal are substantial. We tend to think of tacos as a food of celebration, good times, and un-seriousness.

So if you’re truly a taco aficionado, October 4, 2016 is your day to celebrate. Make it a fiesta! 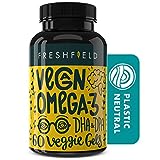 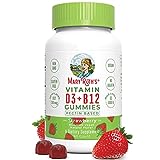