Understanding The Cultures of People: The Secret To The Success of Restaurants

Understanding The Cultures of People: The Secret To The Success of Restaurants

Owners of the many international and local restaurants across the globe that offer food services to people of diverse ethnic cultures have a professional duty of having extensive knowledge about the cultures of the ethnic societies where their business set up is located. This will furnish them with information on the kinds of ingredients and meals to prepare for members of each ethnic society within the vicinity of the restaurant establishment. This knowledge is important because a wrong selection of ingredients and preparation of specific meals that does not resonate well with their cultural and religious beliefs, norms and values can be offensive. Such people may not patronize the purchase of such dishes and may even speak ill about the restaurant to other people. This can culminate to the collapse of the establishment. However, a sound knowledge of the cultural heritage of diverse people can attract more clients from different nationals that would boom the prospects and revenue of the restaurant.

The culture of an ethnic society is usually influenced by the geographical and agricultural productions, religious beliefs, cultural traditions such as totemic and taboo prohibitions and many others. These dictate the choice of ingredients and meals that would auger well with that ethnic culture. For instance, on clan restrictions, clan members may desist from meals prepared from their totemic animal, bird or plant. Such is the case of the Sankana community in the Upper West Region of Ghana who does not eat snakes and frogs as well as the eating of crocodiles by the Tongo-Tengzuk community in the Upper East region of Ghana because they believe they are their kin members and as such is a taboo to eat them. These cultural prohibitions of some kind of meat and plant resources must be known to the manager of the restaurant located in such as regions.

Moreover, religious beliefs exert influence on the kinds of meals for a particular group of people who share that faith. Muslims desist from meat that has not been properly slaughtered as well as the eating of pork and alcohol. Hindus refrain from meals prepared with cow meat which is viewed as sacred. This accounts for why many strict Hindus and Buddhists are vegetarians. Restaurant owners in localities with a high number of such religious followers must carefully select ingredients and prepare meals with a lot of vegetables and grains so as not to offend the people and lose revenue.

In addition, there are long-established food cultures that are peculiar to particular regions, ethnic societies, and nationalities. Restaurant owners must be abreast with such traditional cuisines so as to select ingredients and prepare meals that would perfectly harmonize with the accustomed dishes of the people. After all, the people who patronize the food services offered is the lifeblood that keeps all restaurants alive. The six continents of the world have interesting traditional food cuisines. Though the countries in the continent share similar food cuisines, they have individual differences that must also be known to restaurant managers.

As a general overview of African food culture, it consists of plenty whole grain and staple foods such as rice, maize, sorghum, sesame and tubers like cassava and yam. Popular African dishes include Kuku Paka and Cambuulo (East Africans), Fufu and Eba (West Africans), Seafood (South Africans), Rice or yam with stew prepared from fish or grasshoppers (Central Africans). On the other hand, the Asians’ food culture is full of meals prepared from rice, noodles, seaweed, fish, coconut milk, soybean products and a lot of vegetables and fruits that are usually raw or minimally cooked.

The countries in the North American continent traditionally prepare meals with maize, beans, Avocado pears, turkey, chicken, and beef. Their meals are usually grilled or smoked. The South Americans are traditionally fascinated with meals prepared from potatoes, corn, chili peppers, Lima beans, peanuts and guinea pigs. Steak and Cutlet with dairy products are common meals eaten in Europe. Other ingredients used include potatoes, maize, salads and wheat flour bread. Bush tucker prepared from Kangaroo, meat from cattle and sheep as well as wheat are the traditional cuisine of the Australians.

The success of restaurants is firmly grounded in the understanding and implementation of the cultural dictates of food of different nationalities. Dancing to the tunes of the drum of the splendid and unique food cultures of the diverse ethnic societies especially those in the region of a restaurant would help the hotel manager and workers to meet the preferences and taste of their prospective clients while respecting their religious beliefs, norms, and values. This would greatly ensure the fluidity of the restaurant establishment while parading several clients to it. 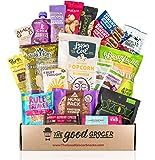 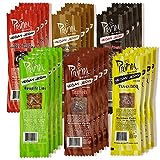 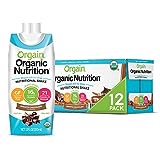 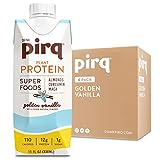 The Big Vegan Cheese Making Kit - Make 6 Dairy Free Cheeses in Around an Hour. It's The Perfect Plant Based Gift.
$34.00 $
Buy Now